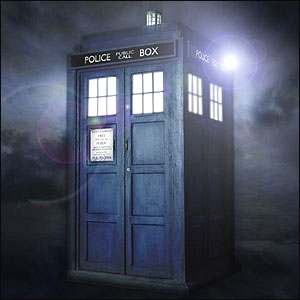 Lost in Time and Space: The Unofficial Guide to the Uncharted Journeys of Doctor Who, Matthew J Elliott

Lost in Time and Space: The Unofficial Guide to the Uncharted Journeys of Doctor Who
- written by Matthew J Elliott, published by Hasslein Books

We Doctor Who fans are an odd breed.  We love lists more than anything.  We pride ourselves on our encyclopaedic knowledge of the show, inside and out, back to front.  We gather in bars and conventions, discussing the anecdotal stories of others specific to the show we love, and we consider that same show ours.  For years, I ran, as admin, a Doctor Who fan page on Facebook, one I have since sadly let slip due to work commitments, and each day there would be a featured ‘Serial of the Day’, one which the members of the page would have to guess via cryptic teasers, a series of questions somehow linked to that serial, be it in reference to serial codes, off-camera anecdotes or bizarre fleeting references commented upon within the script.  One or two of my friends know even more about the show than I do, but I took pride in my knowledge, sitting back and watching the masses trying desperately to figure out exactly what the hell I was referring to in my abstract posed questions.

The bottom line is this - I thought I knew it all.  How wrong I was.

The blurb on the back cover of Matthew J Elliott’s book refers to the mission as a “Herculean” one; an underestimation if ever there was one.  What he has somehow managed to do is to track down, in the most incredible minutiae, each and every reference on screen to events which have happened away from the prying eyes of us, the audience.  Furthermore, he has managed to pinpoint, by and large, exactly when these events have happened.  By discussing the latest point at which it could have happened, he is able to work out when it must, logically, have occurred.  For example, on page 208, we are told that (probably) in his Eighth incarnation, the Doctor witnesses a paradox machine in action, at some point prior to The Night of the Doctor, the minisode which saw McGann regenerate into John Hurt’s War Doctor.  The paradox machine is not seen on screen until the Tennant episodes The Sound of Drums and Last of the Time Lords.  However, logically, the last point at which the Doctor could have seen a paradox machine working is here, as the machine requires a “cannibalised TARDIS (and so) this cannot have happened after his species (and their vehicles) were wiped from the universe.”  Do you follow?

Elliott’s style works nicely throughout the book – each section is clearly labelled with tags down the margin, allowing an inconstant reader to easily access a specific Doctor at any given time.  Likewise, each section is in chronological order (or as much as it can be when we are thinking about a time traveller at least), working its way serial to serial, with the offscreen events in a standardised font, with the justification for Elliott’s suppositions in bold below it.  Many of the assumptions regarding time frames are made dependant on companions – for example, on page 68 we are told that, prior to The Faceless Ones:

“The TARDIS crew acquire space packs, necessary for airless environments.
Four to Doomsday.  The Fifth Doctor has four space packs, and this is the last time prior to Logopolis that he travels with three companions.”

Also enjoyable is Elliott’s style – he is unafraid to poke a little fun at the show, too.  After all, the series has now run on and off for 51 years, with several production teams utterly rewriting the show’s history, creating anomalies within the timestream it is impossible to find justifications for.  Elliott still gives it a go, though.  For example, on page 102, we are told that at some point prior to Frontier in Space, the Doctor learns that “opening the top section of (Dalek) travel machines will often trip an automatic distress signal.”  Elliott then goes on to point out that “It’s fortunate that companion Ian didn’t trip the distress signal when entering a Dalek vehicle in the Doctor’s original encounter with his mortal enemies.”  What’s more, he then further postulates: “Could the First Doctor’s decision to hide inside a Dalek in The Space Museum have enabled them to locate him, and thus set off the chain of events related in The Chase.”  I’d like to think there was SOME justification for that serial, so why not that?!  Likewise, references to the HADs system, and the theory of the TARDIS containing a state of temporal grace are rightly lampooned; after all, if the producers of the show couldn’t manage any consistency with such ideas, why should we not mock the very principles?

There are some tenuous references scattered amongst these hypotheses, though – on page 106, we are told that at some point prior to The Time Warrior, “The Doctor learns the lyrics to the song Oh, I Do Like To Be Beside The Seaside” since “The Third Doctor is singing this tune in the opening moments of episode one” of Death to the Daleks.  Likewise, the mention that the Doctor had read Hansel and Gretel at some point prior to a story simply because he mentions it in said story, and the fact that prior to Army of Ghosts he picks up some 3D glasses – obviously he picked them up at some point before then, as he uses them in this story.  I’m not sure that it needed pointing out in such a fashion.  This level of detail seems a little off-kilter with the rest of the book, in which he can recount individual planets visited and their specific historical backstory through off-hand comments made by the Doctor in reference to events in which he may (or may not) have played a part.

One of the most impressive things about this book is that it is not exclusively in reference to the TV show.  In some instances, Elliott hypothesises about events which have happened off-screen by linking them back to not only Big Finish audios and Virgin New Adventure novels, but also comic books, BBC books and additional audios including The Paradise of Death.  The ease with which he is able to link events is awe-inspiring, even referencing deleted scenes – which are unseen adventures within adventures themselves.

There are some lovely little links throughout which go all the way back to the beginning (as the show bloody well should, of course!) such as on page 281 where, prior to Asylum of the Daleks:

“The Doctor’s progress through space and time is tracked by the species known as the Elders.  They dub him ‘the traveller from beyond time’.
The Savages. There is no reason to suppose that the Elders are tracking merely the First Doctor.  It must, however, occur before the events of Asylum of the Daleks, when Oswin Oswald deletes all recorded information about the Doctor.” 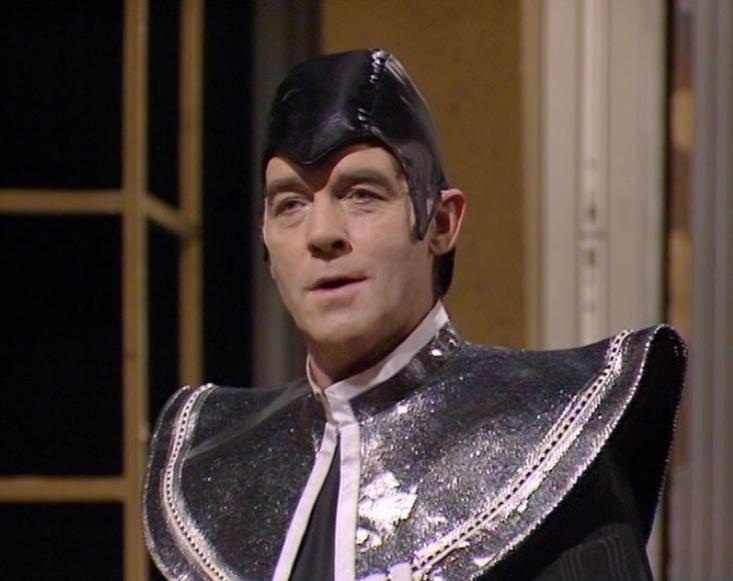 Likewise, the difficult topic of The Valeyard is raised on page 292, prior to The Time of the Doctor.  Since the Valeyard is to come somewhere between his twelfth and final incarnation, we are left in a quandary thanks to Steven Moffat’s writing, since the Doctor not only now has more lives – a gift from the Timelords for saving them from the Time War – but ALSO, with the addition of Hurt’s War Doctor as number 9, and the Meta-Crisis Doctor (don’t even get me started), he now has used up all 13 by the time he reaches Matt Smith’s incarnation.  Fortunately, Elliott doesn’t dwell on the numbering issues.  So neither shall I.

There are particularly complex moments in the book – on page 188 Elliott even signposts this for us with “OK, kids, this is where it gets even more complicated”, referencing the things which must logically occur prior to the regeneration from Colin Baker’s Sixth to Sylvester McCoy’s Seventh, yet which we struggle to make sense of due to inconsistencies arisen from the Trial of a Timelord season of stories, jumping through time and introducing new companions completely out of turn.  After all, “The Mel who is snatched by the Master to appear at the Doctor’s trial is unfamiliar with Glitz, so for her this is obviously pre-Dragonfire.”  This of course means that she was taken from during her time with the Doctor, which we see (aside from her first meeting with him) in the following stories, yet she is unable to remember these events or pass comment on them…?

I do not envy Elliott writing this book.  Even trying to explain these ideas, once they’ve already been communicated clearly via the reference book, makes my head hurt.  Difficulties in the show’s form are mentioned in a special section at the end, referring to issues such as The Doctor’s Age (page 326), The Indestructability of the TARDIS (page 330) and, my personal favourite, Language (page 327).

All told, then, this is a great piece – a must for all fans obsessed with completing their collections, but also a perfect referencing tool if, like me, you like to think deeper about the implications of the story.  For all those who write reviews and blogs, I can imagine this being an essential tool, allowing us to drop in nuggets of back stories into our writing. This was one Herculean task, indeed…  but a successful one.
Posted by T S Edwards at 16:13 No comments: